A photo of Jacqueline Bisset scuba diving in a white t-shirt created a film marketing sensation when it was controversially published without Bisset's knowledge and the required consent had already been refused.
The Deep's potential commercial partners had been promised that over 200 million people would have "read, seen or heard" about the film at least 15 times before opening day. To make that goal a reality The Deep pioneered viral marketing in film using a photo more marketable than the usual press pack with lobby cards. 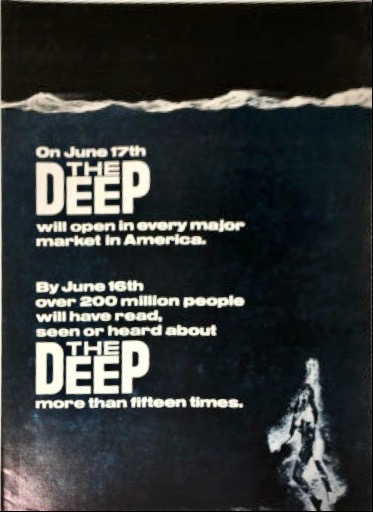